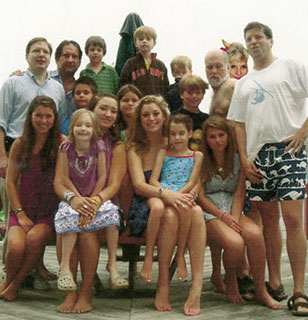 As David’s photo album shows, this is a lively group. It will be remembered that when the family had reunions at Leslie’s lake house, in Jim Thorpe, Pa., or at other family homes, the gathering was called a “Dingle Mingle,” and featured a group shot of the extended family, and sometimes the extended extended family, including all spouses! The family’s Christmas parties are often known as the “Dingle Jingle.” David chose these pictures, as some of his favorite memories.

Mark Dingle with Alexandra and Nicholas

Jeff and Beau on Cornell quad